The idea of transcultural counselling or therapy has three dimensions,  which are
applied during the initial phase of the therapy depending target group, and the individual psychological traits and personal circumstances of the client or patient.

As patients deal with and understand their individual initial level,  they will ultimately come to reach, live through and understand within the context of the therapy the other two.

This includes the group of people whose psychological problems are clearly down to bicultural relationships or occur within the context of an overriding bicultural relationship.
The therapeutic challenge here is to explore mutual misunderstandings that underlie the different nationality-specific ways of coping with life.

The difficulty faced by this target group is primarily related to the relationship between the community and the individual, which is always also a bicultural difficulty of sorts, because the individual always runs the risk of failing to conform to the group norm. This includes such problem areas as loneliness, isolation, paranoia, exclusion, bullying, living the life of an outsider – externally as well as internalised. Put this way, the difficulties of a foreigner in a foreign country appear merely as a special case of the more general group issue of individual – society.

The third dimension of transcultural counselling is primarily defined based on a particular personality structure marked by an imbalance between the self and the other within oneself.

Typical signs include diffuse anxiety, an insecure identity, intolerance of fear,
unpredictability and other interpersonal difficulties.
What is generally problematic is not just “the strange or alien within me” but also my own.
In any case, the relationship between the two is the subject of the therapeutic work.
The reference to transcultural issues has proved to be very helpful.
This group of people often has an affinity to creative thinking and acting, which promotes therapeutic success. 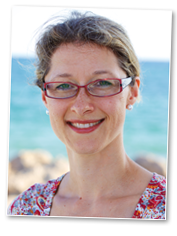 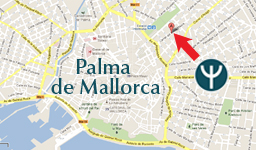